The Real Thing: The Natural History of Ian McTaggart Cowan 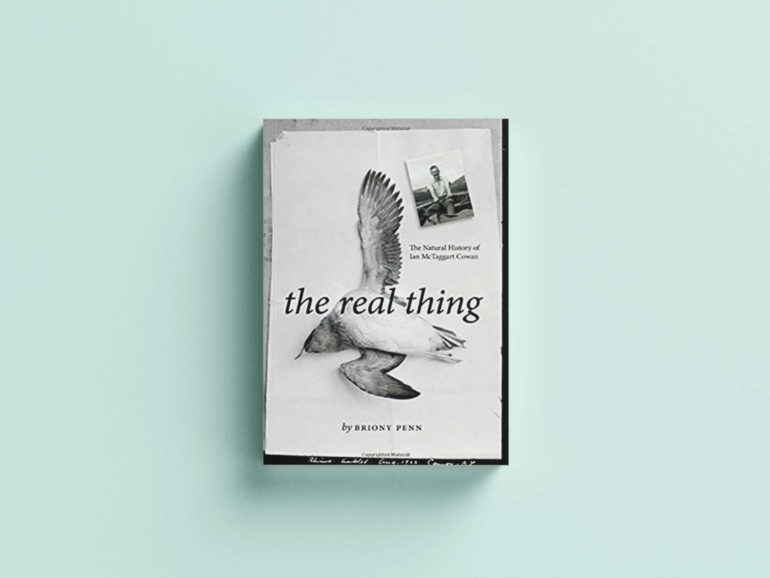 Canadians tend to think of David Suzuki as the leading figure in Canadian ecology and science, and with good reason. After all, he has contributed prolifically to environmental conservation and science in this country and has been the popular host of CBC Television’s The Nature of Things since 1979.

But before Suzuki, there was Ian McTaggart Cowan. Born in Edinburgh, Scotland, in 1910, Cowan immigrated to Canada with his family at age three. His early interest in natural history was sparked by his mother, Laura, on traipses around North Vancouver,

and led to his long and influential career as a scientist, naturalist and environmental educator. By the time of his death in 2010, just shy of the century mark, he had influenced generations of naturalists and wildlife biologists and left an indelible mark on wildlife policies in B.C.

Penn, a respected conservationist, naturalist and educator in her own right, tackles the task of documenting Cowan’s seemingly endless list of accomplishments in her recently released official biography, The Real Thing: The National History of Ian McTaggart Cowan (Rocky Mountain Books, 2015). The weft of the 640-page book’s narrative details Cowan’s life and times and is skillfully interwoven with an informed account of B.C’s natural history. Details about other individuals who have helped to define its wild and wondrous creatures add texture to the book and illustrate the impact Cowan had on others in his field.

Here are four things you may not know about Ian McTaggart Cowan, “the father of ecology in Canada.”