At the end of a bright autumn school day, the phone rang. On the line was well-known travel writer and regular contributor to BC Magazine: Daniel Wood. Daniel was interested in our one-room school (one of the last in BC he informed me) and life in Gold Bridge, the mining town where it was located. He was interested in doing a story and was inquiring whether he could pay a visit, meet the students, attend a lesson or two? The chance for students to connect with a published author in our remote locale seemed like an educational opportunity not to be missed. 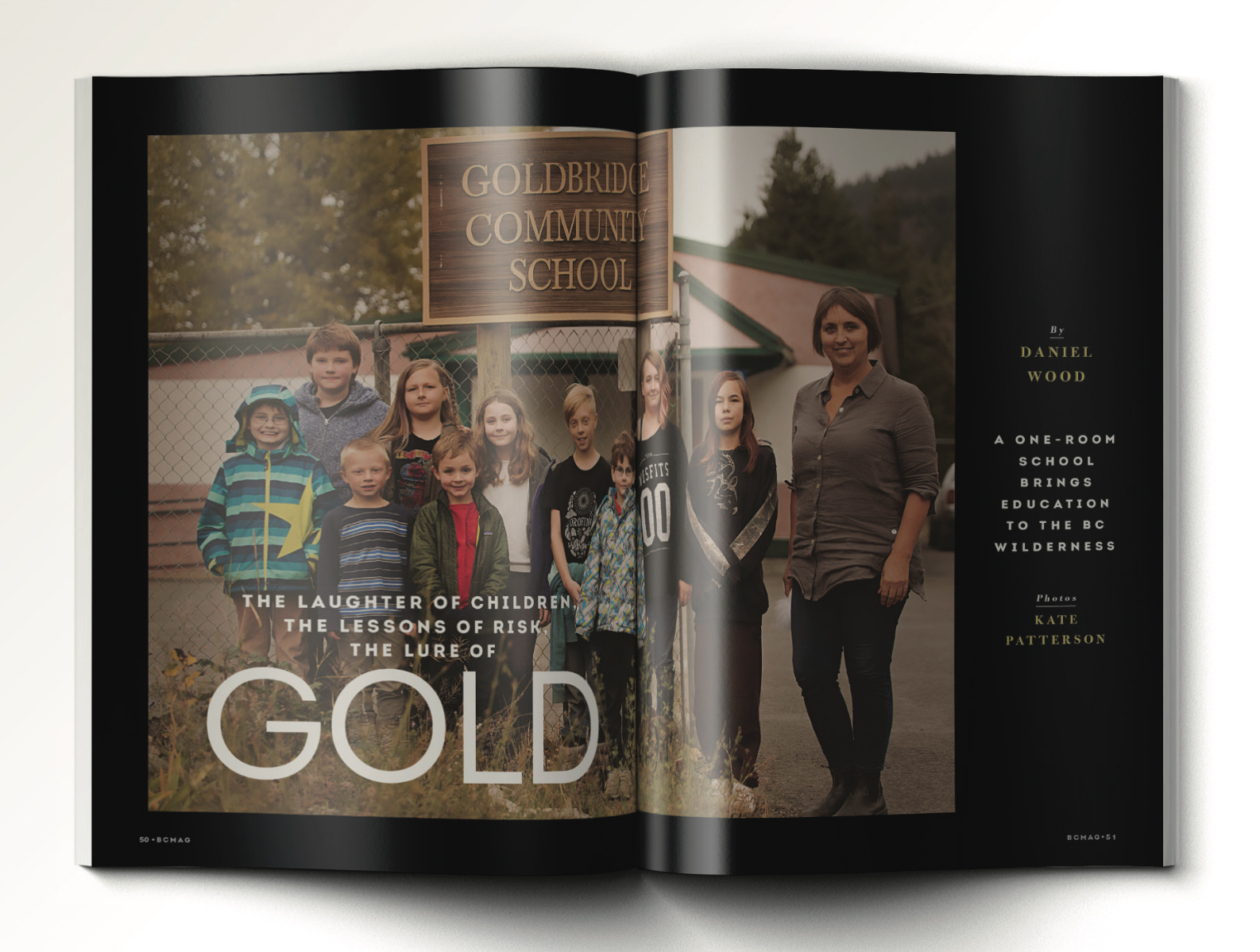 Spring came, Summer, then Fall and we heard nothing more. In the waning days of Winter the phone rang again and it was Daniel. He proposed coming mid-March when the Spring melt was in full swing and the mud and muck on the roads and around town would be a deterrent for most. Daniel wasn’t looking for a picture-perfect version of life in the sticks, however. He was interested in the stories of real people and what made the inhabitants and their children in a remote mining town tick.

Everything was set for his visit after Spring Break. Arrangements had been made and loose schedules were in place in preparation for the much-anticipated visit. A pandemic however, was the one thing nobody saw coming. All of our best laid plans came to a grinding halt. School would shutter for the next two months and no one was going anywhere, least of all a journalist into the wilds of a remote BC town. That, it seemed, was the end of the story.

But as life would have it, it was not the end of the story. Seasons came and seasons went and with the same tenaciousness that characterized the gold seekers of yore, Daniel would continue digging for a possible way forward, in pursuit of another emblematic golden tale. The communication sputtered into life again, after a period of months, with new ideas and ways to work within the constraints dictated by a pandemic. And thus it was that Daniel, BC writer and adventurer, against all obstacles, finally made the long journey up a rough, inhospitable forestry road to greet the children whose voices keep a quiet mining town alive with the animated sounds of mirth and merriment.

The story of Daniel’s visit to Gold Bridge is not only a story about a one-room school and a gritty mining town where it is situated, it is also a story about the seasons of a life and of life coming full circle. Months after Daniel’s departure from Gold Bridge, a local Bralorne resident and a subscriber to BC Magazine gifted his Spring edition to the school with our story—BC’s Last One Room School. It took a while before we got around to reading “The Editor’s Note” with a picture of a younger, grinning Daniel Wood posing beside a sign “End Of Trail.” As we read, excitement turned to a somber realization; we learned that the last story Daniel would apparently tell, had just been told. Daniel had been diagnosed with leukemia with mere months to live.

Perhaps it is fitting that the teaching career Daniel first embarked upon before becoming a journalist would be the theme of his final piece. The children penned beautiful messages of appreciation, drawing cards of snow-capped mountains, waterfalls and sunsets to which Daniel responded with touching warmth and humour. In the ensuing months the students inquired often of Daniel.

The cover of the winter edition of BC Magazine: Life and Death on Bugaboo Spire—seemed to portend news of Daniel. Indeed “The Editor’s Note” confirmed that Daniel’s legacy would now take wing in the words and stories written over a lifetime of exploration and adventure, encountering fascinating characters from near and far, including a one-room school full of exuberant children from the wilds of one remote BC mining town.