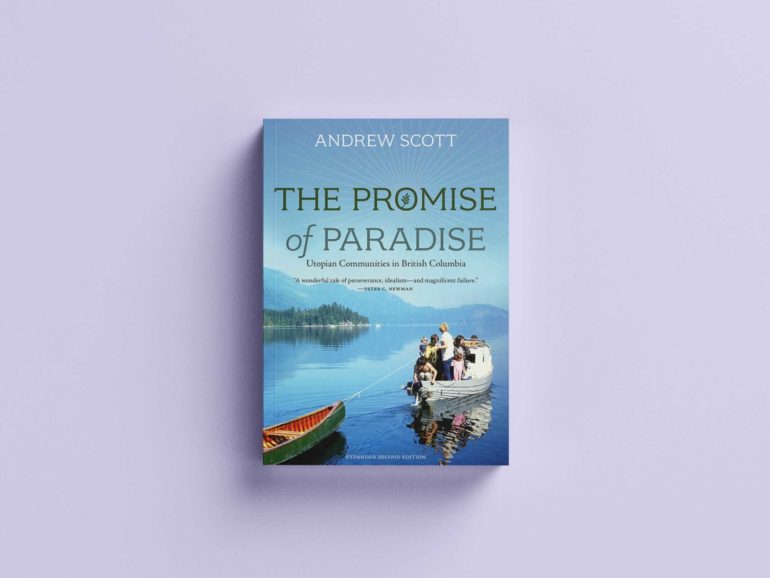 There has always been a lot of interest and intrigue around cults, communes and alternative community living. Who isn’t fascinated, for example, with the story of Brother XII and his buried fortune on DeCourcy Island? Who doesn’t remember that extreme Doukhobor faction, The Sons of Freedom (Freedomites) with their nude protests and arson?

What compels people to leave their homelands for an alien country and an unknown and unpredictable future? Some events, like starvation and war, are obvious, but many other reasons are more obscure: dreams of wealth, of free land, of bountiful resources and a more harmonious way of life are often the motivators. It’s especially the experimental communities, however, that the author focuses on. In addition to Brother XII’s Aquarian Foundation and the Freedomites, the Norwegian colonies of Hagensborg and Quatsino, the Danish settlement at Cape Scott, the Finnish colony of Sointula and the First Nations settlement of Metlakatla, a Christian utopia dreamed up by Anglican lay missionary William Duncan, all get a chapter. Scott also examines the “back to the land” and spiritual movements, as well as today’s intentional communities.

The author wrote the first edition of this book 20 years ago, but as the subject continues to draw interest, both publisher and author felt it was time for a second edition with several new sections, such as the 1970s counter-culture activity on the Sunshine Coast, and the newer trends of co-housing and eco-villages.

Many will recall some of Scott’s earlier works: Secret Coastline (2000), The Art and Adventures of Stewart Marshall (2003), The Encyclopedia of Raincoast Place Names (2009), for which he won the Governor General’s Award, and Secret Coastline II (2011).

Scott is a careful researcher of our coastal history, with a keen awareness of the importance of details and an engaging writing style, so any publication of his gets added to our library.