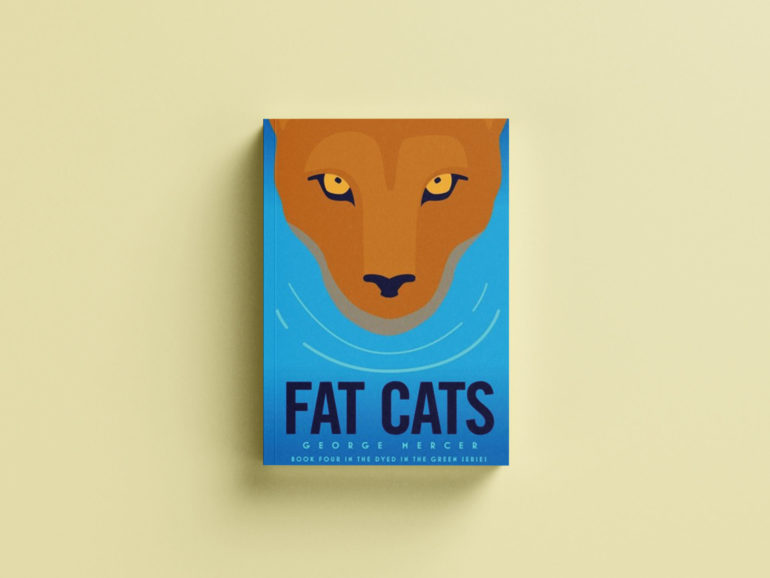 Gulf Islands National Park Reserve ecologist. John Haffcut, keeps a lot from his partner, Anne Winters. Things like his purchase of his new high-tech camera, for example; his run-in with Sidney Island resident and hunter, Ranford Struthers; and the fact that he has now turned two cougars loose on Sidney Island—something that could cost both of them their jobs. It’s partially because she’s his boss, partially because he knows she will disapprove, or worse, and partially because he’s a loose cannon—reacting comes way before thinking. But we like him, of course, because he is passionate about what British Colombians are passionate about, the Gulf Islands and the Salish Sea, and the flora, fauna and creatures that live within and around its waters.

Anyone who has visited Sidney Island has read the park’s information signs and knows about the fallow deer and the havoc they have wreaked on the island. Many of us also remember the wolf of Saturna Island and the hunt for it that went on for weeks.

The author retired from his job as ecologist for Parks Canada eight years ago and almost immediately started writing fiction. His characters, Haffcut and Winters, have been newly transferred to the West Coast, but it doesn’t seem to be a promotion.

It’s clever for Mercer to write about what he knows very well, so in reading his work we can begin to understand more about the dilemmas facing our parks and the roles of those who work within them. It is, of course, fiction, but nevertheless I suspect the passion of the protagonist reflects the passion of the author himself. What better way to get the word out than to write interesting mysteries and tales about places and issues many readers know so well? It seems to have been a good move. When Fat Cats was published in 2018, it won an Independent Publisher Book Award, receiving the Gold Medal for Best Regional Fiction.

So here is the plot in a nutshell: When a cougar swims over to Sidney Island there is immediate conflict between those who have homes on the island and the park staff. Can it be allowed to remain and to help cull the excess fallow deer that are devastating the flora and the habitat that many birds need? Even among the homeowners there is a mixed reaction. Some love hunting and have no intention of losing their prey. Park officials are just as divided. If the cougar stays and harms someone, they will be held accountable. Then Haffcut shores up against a hired and disreputable hired wildlife killer. He also wonders if there isn’t a corrupt force in the park’s upper echelon. And then a body is found.

Fat Cats, as well as Mercer’s other mysteries in his Dyed in the Green series can be read as eBooks, ordered online, or found at most bookstores. During the pandemic, Mercer is offering those with cabin fever (or without it) free reads of his eBooks at kobobooks.com.