British Columbia is a very large province with vast areas of rugged forests. The climate varies greatly and the landscape is generally wild, except for limited amounts of inhabited and cultivated land. It is home to over 4.5 million people and a wide variety of animals. Among these are a few species, or sub-species, of bears.

Bears range across virtually the entire province of British Columbia. Black bears are the most plentiful, and the most widely distributed. A small population of about 14,000 grizzly bears live in B.C. as well. The Kermode, or “spirit” bear is found in B.C., and is actually a sub-species of the black bear.

Bears are powerful animals. They are perfectly suited to life in the rugged areas of British Columbia. People venturing out to view bears must be aware that this can be a dangerous past time. Bears are wild and they can be unpredictable. They will defend themselves and their cubs with surprising ferocity. Those wishing to view bears should be prepared for the experience. Travelling with recognized bear watching guides is highly recommended. While bear attacks are rare, over the years they have resulted in many injuries and even death. As more people enter the back country, and as bears venture closer to residential areas, bears are losing fear of humans. 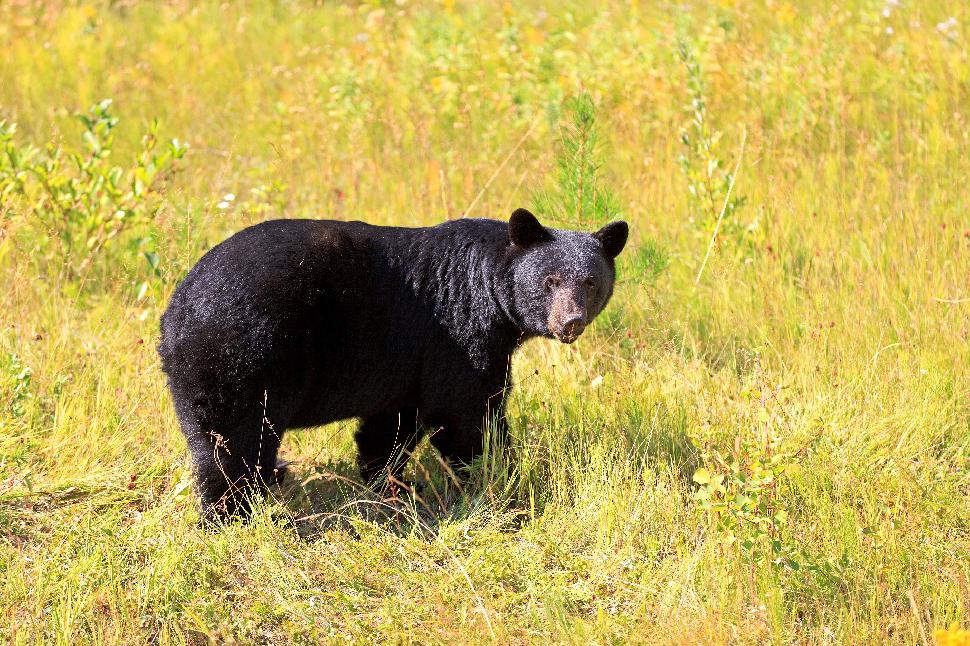 The black bear is the most plentiful in British Columbia. There are as many as 150,000 living in the province. That number represents a quarter of the total North American black bear population. These animals are widely distributed, populating practically every distinct region. By and large, only extremely high mountain peaks and large city centres are not populated by these bears.

Black bears are often found with black, brown, white, and even bluish fur. While the coastal animals are generally black, interior region bears are more often brown. About 10% of the coastal black bears have white or cream-colored fur, but they are not albino individuals. A very small population of “glacier bears” are found near the Alaskan border. These animals have a blue hue to their fur.

The coastal regions of the province have higher populations of black bears. They find abundant food in the rivers and along the seashore. Their diet includes spawning salmon, marine creatures, berries, and a wide variety of other foods. Bears are omnivores as they will consume practically any type of plant or animal.

The black bear frequently searches for food near smaller communities of British Columbia, and occasionally in the margins of larger cities. They are attracted to odors so human garbage often entices them to venture from the forest. If they enter populated areas they can become habituated to people and to garbage as a food source. They will no longer fear humans and can then become dangerous. Problem bears are often trapped by conservation officers and relocated to remote wilderness areas. They are documented and those who subsequently return to cities will often be destroyed by officers.

Black bears are frequently seen on Vancouver Island, away from the larger communities. The roads leading to Port Alberni and Tofino often present viewing opportunities. Black bears may also be seen rather frequently on the north end of the Island near Port Hardy. They cross meadows near the roads on their way from the forest to the salmon spawning sections of local rivers, and to the ocean.

Often people enjoying whale watching tours will see black bears on shore as their guide boat travels to the whale viewing areas. Sightings are possible on the many unpopulated islands which surround Tofino. Lucky whale watchers may even spy bears swimming between islands. The animals are not afraid of water and can traverse the narrow ocean channels between the remote islands.

Related: Tips & advice – how to play it safe in bear country 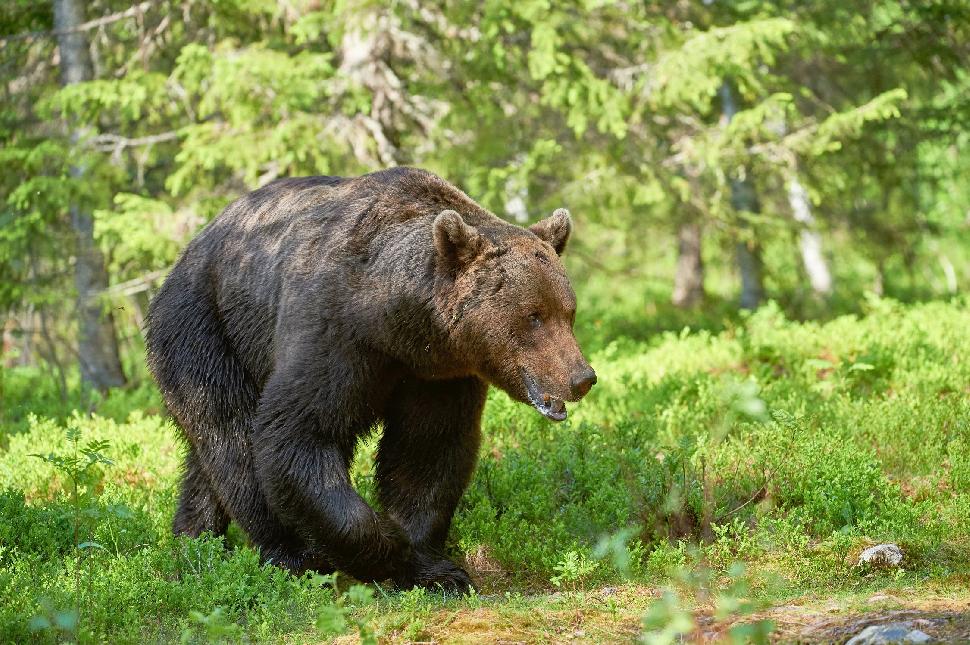 There are now estimated to be less than 14,000 grizzly bears in British Columbia. This figure is about half the number that lived in the province about 200 years ago. These extremely large animals have been hunted over the years and driven far from urban areas. Today they are most commonly found in the coastal mountains, the North and in the mountains of Southeast B.C. Grizzly bears have never occupied Vancouver Island although sightings there have been reported recently.

Many people unintentionally spot grizzly bears while they are actively seeking views of other animals such as whales or Kermode bears. The grizzly ventures into some of the same areas as the Kermode although they are more transient. Because the population is very low in the province and they do not range widely, sightings of these bears are quite rare. Hunters in B.C.’s remote corners likely have the highest probability of experiencing a chance encounter.

The Kermode, or “spirit” bear is a distinct sub-species of the black bear. About 10% of the animals in the B.C. coastal region contain a regressive gene which produces white fur. However, the Kermode is not to be confused as an albino. The nose and paw pads are black. Scientists have found that the white fur is less visible to spawning salmon. As a result, Kermode bears are better able to capture fish, a very important food source.

The Kermode is highly regarded by the coastal Salish First Nations Peoples of British Columbia. Descriptions of them are a part of oral traditions. They have celebrated the Spirit bear with carvings and masks. These Aboriginal populations living in close proximity to the Spirit bear range are very interested in the preservation of the unique habitat.

There are only about 400 Kermode bears in British Columbia, located mainly on the remote central coast and adjacent islands. Princess Royal Island, located 600km northwest of Vancouver, has the largest population, some 120 individuals. The wild habitat offers excellent foraging opportunities for the large number of Spirit bears here. Due to the extreme remoteness there are few interactions with people, except for those enjoying Kermode watching tours.

There are several companies operating wilderness Kermode bear watching tours to the Princess Royal Island area. Travel is via a luxury yacht cruise lasting five or more days. The excursion takes visitors from Vancouver directly into the Kermode habitat. Because the yacht comes in quietly from the ocean channels, visitors are able to observe the Kermode without disturbing the animals at all. Good tour operators know the best viewing locations and how to curate amazing experiences for clients without negatively affecting the bears.

What are the odds of running into a bear in B.C.? Pretty low. You’re extremely unlikely to see a Kermote or grizzly simply based on their small populations. Black bears are often spotted by B.C. residents but not always in a woodland setting. Driving through the province it’s not uncommon to spot bears on the wide, grassy shoulders of highways. Recreational boaters may see bears exploring shorelines of the islands in coastal waterways. Alternatively, home owners may see evidence of black bears pawing through household trash. They often scavenge garbage and are a risk to public safety due to their brazen attitude towards people. Many are trapped, tagged and relocated. Unfortunately those that return to urban areas are often destroyed.

Programs throughout B.C. exist to educate people about bear safety and of the need to reduce enticements, such as open garbage. If successful, limiting access to garbage will greatly protect bears as they will have no desire to venture into settlements. Visitors and residents venturing into B.C. forests are encouraged familiarize themselves with best practices. Hikers venturing into bear country should wear a bear bell and consider carrying bear spray. Chatting loudly and generally making your presence known will discourage most wildlife from approaching you.