BC Man Shares His Wings & Wisdom

Participate in the Wings For Life World Run on May 6

BC’s Josh Dueck knows how it feels to watch his hopes and dreams crumble before his eyes. But he also knows how to triumph through tragedy, to come back stronger than ever. And this is the knowledge he’s sharing with the world. 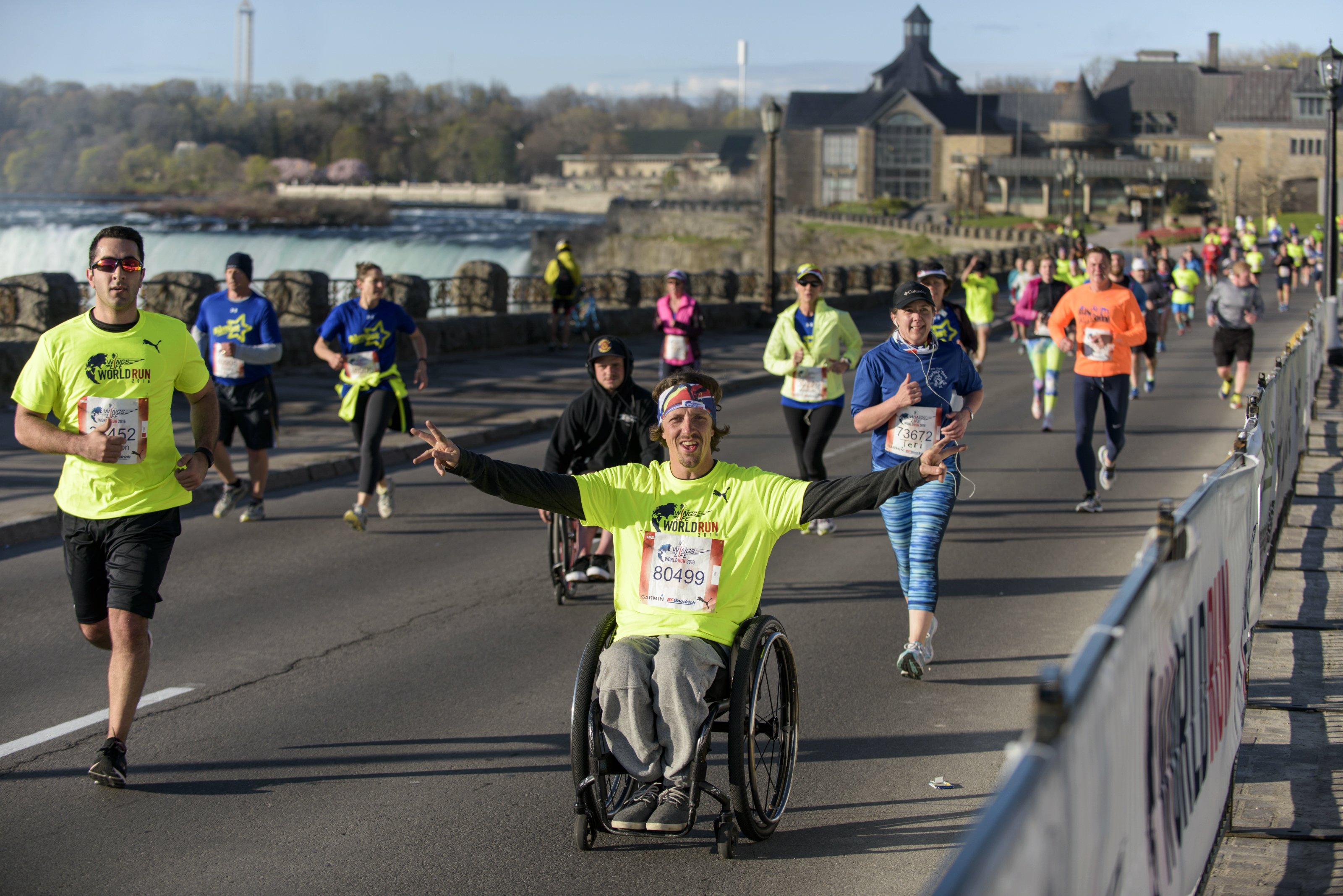 Josh grew up in Kimberley, BC, and the mountains called to him from an early age. “I knew from the time I was a teenager that I wanted to be a ski bum,” Josh recalled.

Josh competed as a freestyle skier, and made it to BC’s provincial team. From there, he transitioned into coaching.

In 2004, while coaching a group of young freestyle skiers, Josh attempted to demo a jump for the group, but something went wrong. His accident left him with a severed spinal cord.

“The shock of not being able to move or feel anything, and then all of the athletes huddled around me and the look on their faces – I knew it was a grave situation,” Josh said. “Many realizations came from that day, like how your actions affect other people and their lives.”

At the hospital, the doctor had to break the news to Josh about what had happened and what would come next. But in what should have been the worst moments of his life, Josh found inspiration.

“He broke the news to me in such a good and unique way,” Josh said of his doctor. “He told me that I might be mobility challenged, but I am not disabled, and that I would be back on the slopes. You might get knocked down 10 times, but you get back up 11. I wanted to show my students that.”

Josh’s road to recover was a long one, and not without its challenges. During this time, he was introduced to the sport of sit ski.

“It was a great time of discovery and learning for me,” Josh said of sit skiing, adding that trails he took prior to his accident now looked and felt so different, that it was like being there for the first time.

When Josh was first introduced to the idea of sit ski racing, he wasn’t interested. But in time, he considered the idea and his chance to compete in the Paralympic Games. Josh competed in the Games in 2010 and 2014, and both experiences were overwhelmingly positive.

“We had our little girl just before the 2014 Games, and I decided I couldn’t do both properly,” Josh said of his decision to leave the competition scene. “So, now I’m back into coaching and mentoring. I’ve come full circle, and it’s been a really cool journey.”

As an athlete and through friends, Josh knew staff from Red Bull and was approached to be an ambassador for the company’s Wings For Life campaign and run.

“It seemed like a natural fit,” Josh said of the opportunity.

The Wings For Life World Run is a unique and fun race, where everyone starts at the same time, regardless of where you are in the world, and the finish line catches up with you. This year, the run will be held on May 6, starting at 11 a.m. UTC. About half an hour after the race starts, a “catcher car” (also known as a moving finish line) begins to chase runners along the course, gradually gaining in speed until it has passed each runner. The first runners within the first few kilometres get to celebrate their run and accomplishment, while the last runners to be caught are Global Champions. Currently, the record is 88.44 kilometres. And if you can’t make it an official, organized run, get the Wings For Life World Run app and you can be chased by a virtual catcher car at the same time as runners elsewhere in the world.

Wings For Life raises money for life-changing spinal cord research projects and clinical trials around the world. Every cent of all entry fees and donations raised through the race’s fundraising campaign goes directly to this cause, and Red Bull picks up the cost for hosting the run.

Although the run has only been hosted since 2014, “the impact has been phenomenal,” said Josh. “The money that has been raised has gone far.” In Canada alone, the Wings For Life Spinal Cord Research Foundation has funded 25 projects, including eight in Vancouver.

On May 6, there will be an official run in Vancouver and Kelowna.

For more information, visit wingsforlifeworldrun.com and run for those who can’t.