There’s no shortage of beautiful lighthouses across this great province, so here are five more that you need to check out!

The Egg Island lighthouse is situated on a rocky island just past the northern tip of Vancouver Island. This lighthouse serves a precarious area of open ocean near the entrance to Queen Charlotte Sound.

First established in 1898, this lighthouse assisted ships travelling along the Northern Coastal Route and the Inside Passage, making their way to Alaska. These ships served canneries, lumber and mine camps and much more. Today, these shipping vessels, as well as ferries and recreational boaters all make use of this important lighthouse.

The original lighthouse was destroyed in a storm in 1948, and in that storm the lightkeeper and his family did survive but had to wait eight days without any provisions before help arrived.

The Sheringham Point lighthouse is located in Shirley, BC, and has protected the west coast of Vancouver Island since 1912. This lighthouse assists vessels as they enter the Strait of Juan de Fuca, giving them entrance from the Pacific Ocean to ports such as Vancouver and Victoria. This is one of the few remaining lighthouses on Vancouver Island that is accessible by land.

The lighthouse was established after a ship, the S.S. Valencia, misread the entrance into the Strait and 100 lives were lost in the crash. After that, the Department of Marine and Fisheries set to improve vision in this area.

The Cape Mudge lighthouse sits on the southwestern-most coast of Quadra Island, and was constructed in 1916. This is the second lighthouse at this location, having replaced the first lighthouse built in 1898.

The Cape Mudge lighthouse guides commercial ships and recreational vessels through the southern entrance of the Discovery Passage, and it is because of this lighthouse that Quadra Island and this passage have been developed so extensively. Due to its location, this lighthouse has also been instrumental in search-and-rescue efforts.

The Cape Beale lighthouse is located in Alberni-Clayoquot, within the Pacific Rim National Park Reserve. The lighthouse sits about 60 metres above the Pacific Ocean, in an isolated and heavily forested area. It was built in 1958, to replace the original lighthouse built in 1874.

The original Cape Beale lighthouse was the first lighthouse established in BC by the Canadian government, serving an area on the west coast of Vancouver Island prone to shipwrecks. In fact, this area was known to have taken so many lives that it was referred to as the Graveyard of the Pacific.

Get out and explore more of BC’s beautiful lighthouses, and don’t forget to enjoy the sights that these lighthouses protect every day. 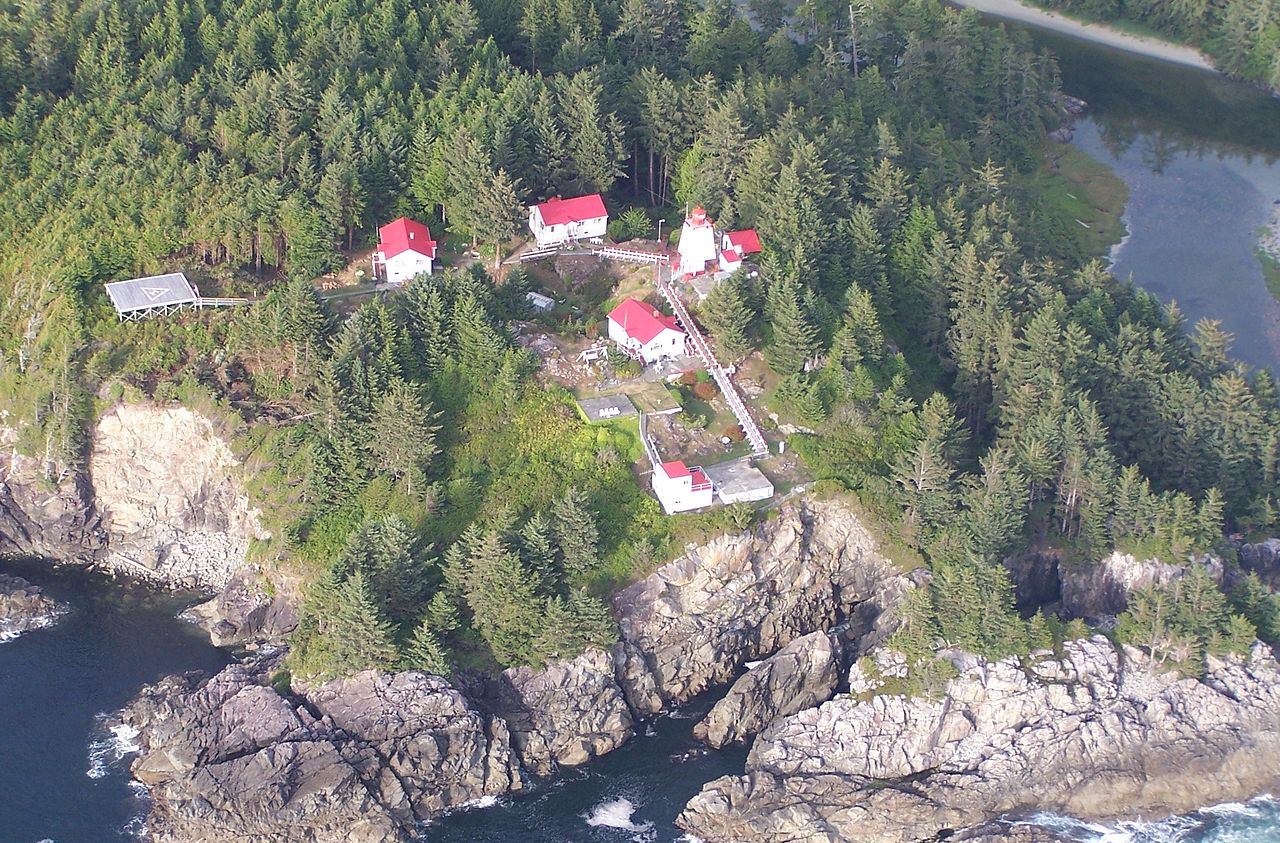