5 Stunning Lighthouses To See In BC

Lighthouses are iconic in BC, and each tells a different story. Check out our list of five beautiful pieces of BC history that you will want to see.

The Green Island Lighthouse is located in Chatham Sound, about 40 kilometres northwest of Prince Rupert. This is BC’s northernmost lighthouse.

The lighthouse that stands here today was constructed in 1956, replacing the original structure built in 1906.

The Klondike Gold Rush in 1897 meant an increase in the amount of marine traffic to this region, and the lighthouse was built in 1906 after a number of shipwrecks occurred.

The Green Island Lighthouse was recognized as a historical lighthouse in 2015. 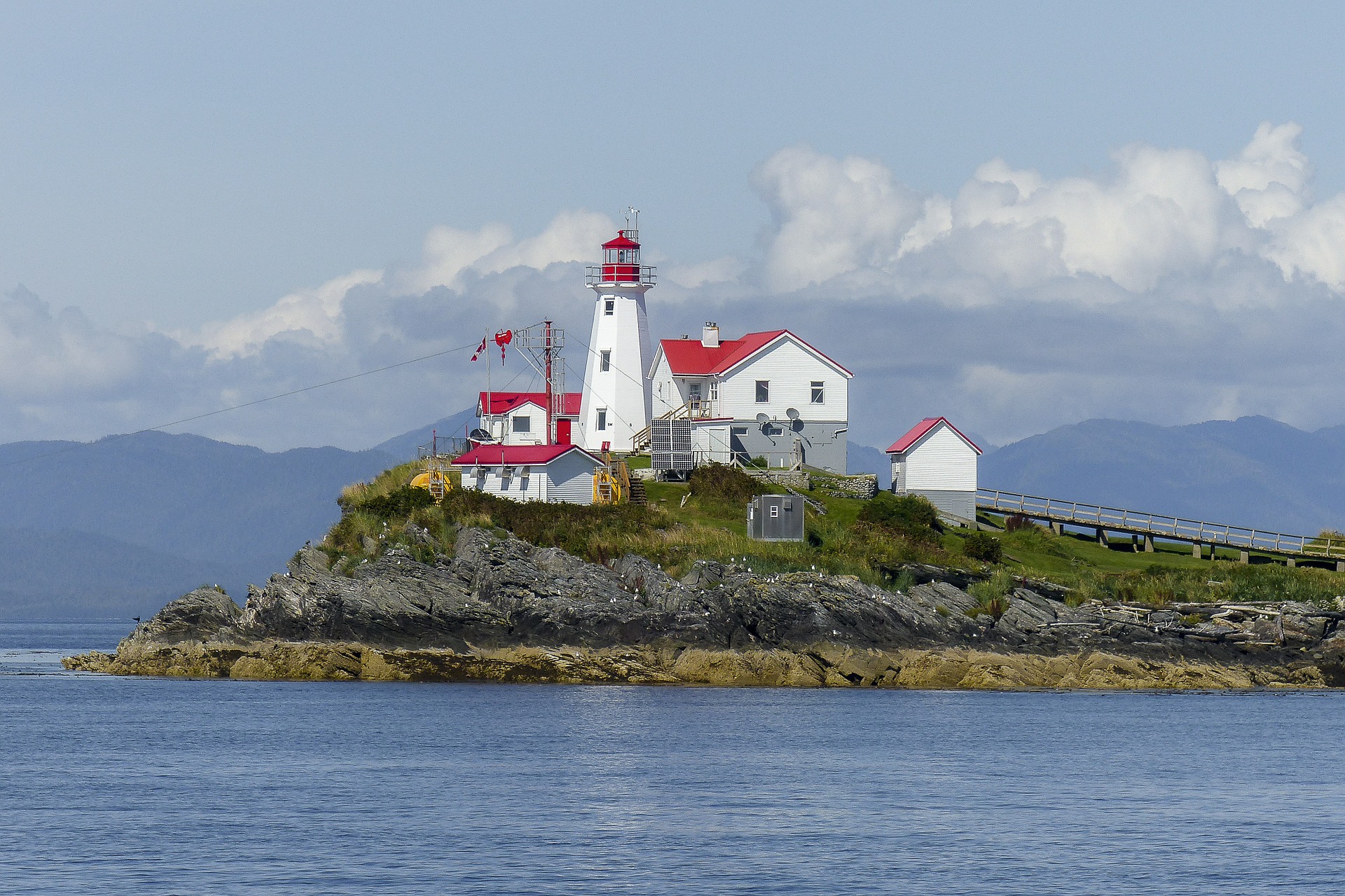 The Pachena Point Lighthouse is located on Vancouver Island, about 13 kilometres south of Bamfield in Pacific Rim National Park, and it sits about 200 feet above the ocean.

This lighthouse opened in 1908 and was just one of several built along Vancouver Island’s western coastline in an attempt to reduce the number of shipwrecks that occurred here. In 1906, an American passenger ship sunk in this area, and that promoted the BC government to build Pachena Point Lighthouse.

This lighthouse was recognized as a heritage building in 1991.

The Point Atkinson Lighthouse sits on Burrard Inlet in West Vancouver, and was constructed in 1912. This was the first of three lighthouses built to serve the port of Vancouver and protect the city’s growing international shipping trade, replacing a wooden structure built in 1875.

The Point Atkinson Lighthouse was formally recognized as a national historic site in 1974.

The Triple Island Lighthouse stands on a rocky islet near Prince Rupert, and was completed in 1920. Its location means its highly visible to marine traffic, and was built to aid ships using the Inside Passage to Alaska, as well as ships navigating to Prince Rupert.

This lighthouse was custom designed for its unique location, designed by Col. W. A. Anderson of the Department of Marine and Fisheries.

The Triple Island Lighthouse was recognized as a national historic site in 1974.

The Fisgard Lighthouse was the first permanent lighthouse on Canada’s Pacific coast, completed in 1860. It resides in Colwood, on Fisagard Island on the east side of the entrance to Esquimault Harbour, north of the Juan de Fuca Strait.

The Fisgard Lighthouse was formally recognized as a national historic site in 1958 and is comprised of a two-storey light keeper’s residence with an attached light tower.

Stay tuned as we look at more beautiful lighthouses along BC’s coast.